Positive Practices Around the World

Positive psychology training is being implemented in many countries around the world, and not only are we starting to see the positive effects but also which specific content is having the biggest impact.  Positive Matters, founded by Louisa Jewell in Toronto, Canada, and Plus Side Strategies have implemented various positive psychology tools and decided to test which ones were the most impactful on participants.  Five months after receiving a one-day training by Positive Matters and Plus Side Strategies, employees of Northern Lights Canada were surveyed.  It was discovered that the elements that partiipants found most useful were as follows:

• Appreciative Inquiry (62.5% of participants reported as either ‘very useful’ or ‘extremely useful’) 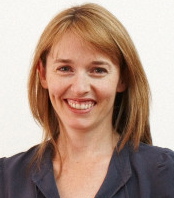 Seligman suggested this is not enough to get managers focused on the team’s well-being.  Often there are excuses about lack of time, fear of undermining their authority and a perpetual crisis-mode mindset and managers find these hard to overcome.  Instead, organizations should also consider measuring team PERMA, creating a potential competitive mindset across the organization – when “Boss A” realizes that “Boss B” is outperforming them on team well-being, “Boss A” will find all sorts of imaginative ways to catch up.

“While leaders can be taught the skills of PERMA and employees can help improve a managers’ level of self awareness, the most effective strategy of all for an organization is to select managers for their positivity and their ability to nurture well-being.”   Measuring positivity and well-being is a simple, noninvasive test that can be reliably performed in minutes and could easily be incorporated into any hiring or promotion process.

We’ve found that before you can begin testing (which is costly as far as employees’ time goes) you need to find a way to get in the door first.  Is it through HR?  Or through leaders?  How hard do you have to work to dispel the myth of The Secret before you can be taken seriously?  We welcome your thoughts and comments.