What I Learned from First Ladies 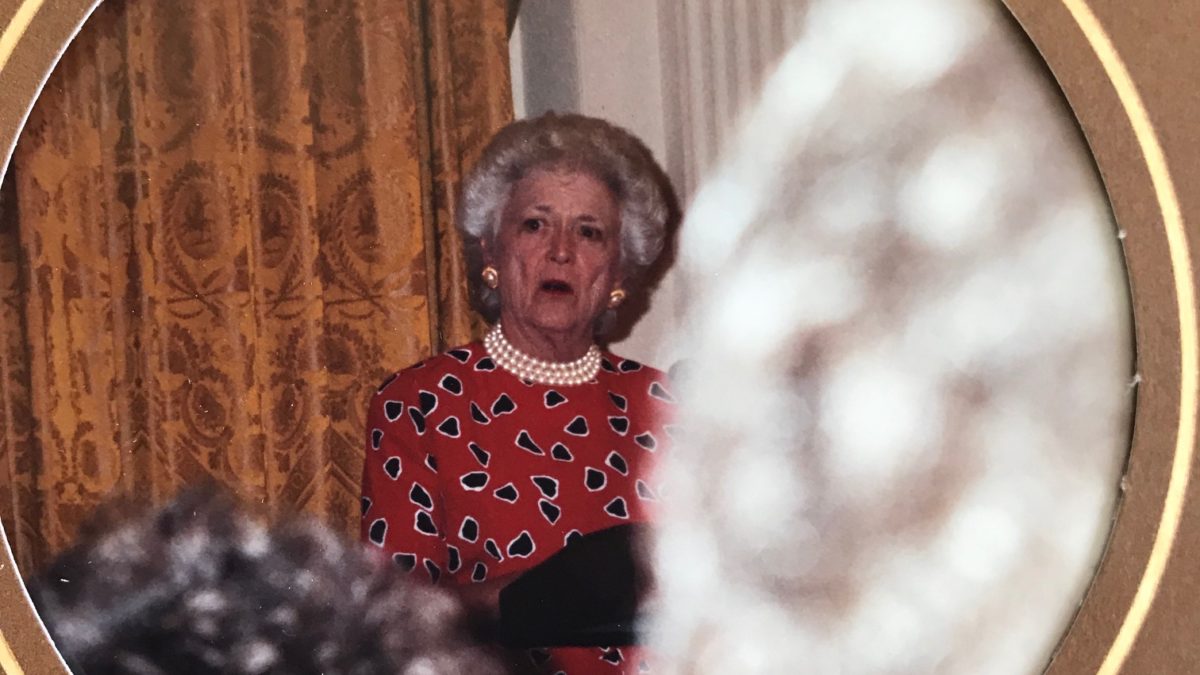 I’ve always been fascinated with First Ladies. I wrote my first solo show about Eleanor Roosevelt and to this day remember one of her best quotes. “You gain strength, courage and confidence by every moment in which you must stop to look fear in the face. You must do the thing you think you cannot do.” I must have looked ridiculous as a 13-year-old with an old timey outfit and a wig playing Eleanor, but she was my first version of a hero.

Then came Eisenhower. I’m from Kansas and he is one of our native sons. From Abilene, KS, Ike was a darling of the State and the country, especially during World War II. Perhaps my first act of feminist activism was writing a play about the women in his life – his mother, Ida; his wife, Mamie; and his ‘lover’, Kay Summersby. I gave my play a tongue in cheek title: “Eisenhower and the Women Who Made Him Famous”. I performed it all around the state, for aging veterans at nursing homes and for other students at various schools. I even met one vet who met Eisenhower during the war. He had nothing but good things to say about Ike. But the people at the Eisenhower museum in Abilene did not like my title. “Eisenhower did not need anyone to make him famous,” they said. And they did NOT agree that he tried to take a lover during the second world war. That made their native son look bad. Before they took the recording of my show into the library, they wanted to change the title.

Ida Eisenhower was a rebel in her day. Her aunt and uncle who raised her did not believe girls should be educated, and instead pushed her to memorize the Bible. When told she couldn’t enroll in high school, she ran away.

Mamie Eisenhower, also a bit of a rebel, was traditionally known as one of the best dressed first ladies but was also a penny pincher who clipped coupons for the White House staff.

Perhaps the most controversial was Ike’s driver Kay Summersby who doted on him during the war. She claims in her memoir that he tried to have an affair with her but was too spent from the war’s demands to follow through.

This show gave me the opportunity to meet another first lady. I was sixteen and my high school librarian, Mike Printz, was the head of the American Library Association. Barbara Bush’s initiative was reading, so she sponsored an event at the White House every year. I snagged a spot performing at the Library of Congress and going to a reception at the White House where I got to meet the first lady herself. I was beside myself. What would I say? What would she say?

As it turned out, Barbara in person was like Barbara on TV.
Down to earth.
Direct.
Welcoming.

She said, hello, congratulated me warmly, and sent me to the dessert table.

She was like the captain of a ship and a hostess at the same time. You knew she was running the show and she was born to do it. Being married to a president and mother of a president is no small feat. Perhaps she deserves a show called The Georges and The Woman Who Made Them Famous.

As it turns out, I did end up playing Barbara Bush in a NYC Fringe Festival musical about her son, George Dub-yah. It wasn’t very flattering for her son or for Barbara, I’m afraid. But it was funny.

Here’s to a woman who valued sticking together and did not encourage infighting.

Here’s to a woman who was a force of nature without having to be front and center.

Here’s to a woman who was true to herself. White hair and all. (That’s the one piece I’m not willing to follow, but I respect.)

Thank you, Barbara. For hosting a little gal from Kansas on her first trip to the nation’s capital which has now become her home. And to all the First Ladies. You were models of poise and civility with a great burden to carry.